The patient is an 18-year-old female who presented with a four month history of foggy vision, floaters, and eye redness/irritation in both eyes (OU). She initially sought ophthalmic care and was prescribed artificial tears and tobramycin-dexamethasone drops for “pink eye.” Her visual acuity continued to worsen in both eyes. She developed mild light sensitivity in both eyes as well as mild, circumferential headaches during the four months leading up to ophthalmologic evaluation. She denied auras, pulsatile ringing of the ears, or transient visual obscurations. Ibuprofen and acetaminophen had not helped her headaches. She denied recent travel or close contact with people who had traveled to other countries.

She had a recurrent cold sore on her left upper lip. She denied joint pains, nausea/vomiting, diarrhea, or other new skin lesions. She was up to date with all of her vaccinations. 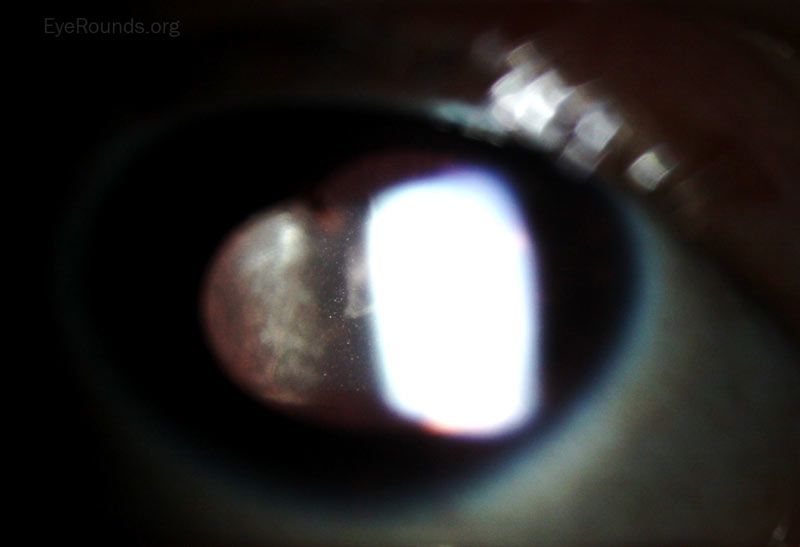 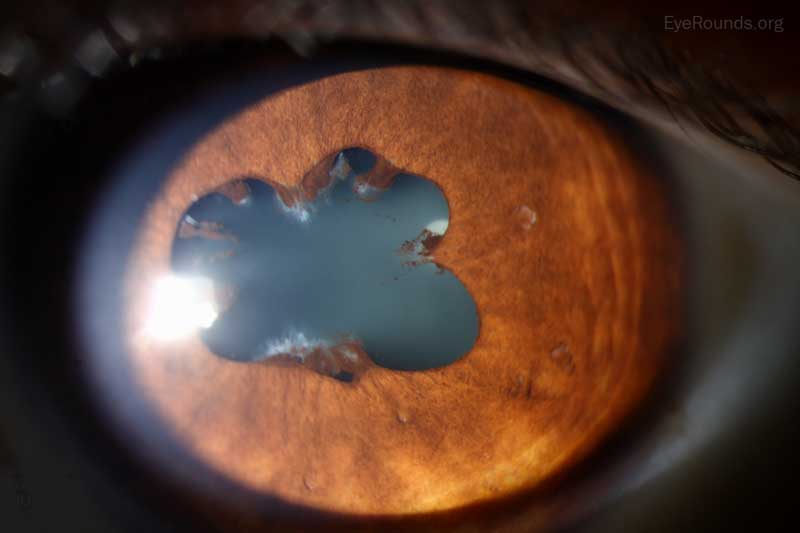 Figure 2. Patches of central posterior synechiae for 360 degrees around the pupillary margin of the left eye 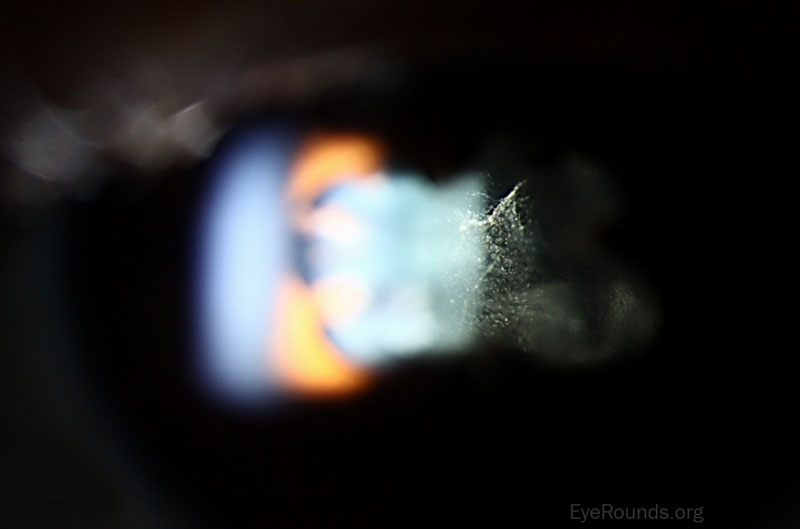 This young, previously healthy female had acute bilateral uveitis that was centered anteriorly, although there was prominent vitreous inflammation. We considered the following differential diagnosis.

Tubulointerstitial nephritis and uveitis syndrome (TINU) is a rare syndrome (less than 1-2% of all patients seen by ophthalmologists), that was first described in 1975 [1].

The true prevalence of this syndrome is unknown, likely secondary to poor recognition of the disease [2]. The largest case series review of 133 patients (as of this writing) demonstrated the median age of presentation to be between ages 14-15, with females three times more likely to have the disease compared to males [3]. There does not appear to be any racial or ethnic predilection.

The precise pathophysiology is unknown, but one hypothesis describes auto-antibody formation against uveal and tubular cells from hapten-induced cytokine production to certain antibiotics and non-steroidal anti-inflammatory drugs [4]. A strong correlation between the HLA-DRB1 and HLA-DQA1 genes and biopsy-confirmed TINU syndrome has also been confirmed by independent groups [4].

Patients with this disease typically present with eye redness, light sensitivity, decreased vision, new floaters, and intraocular inflammation. Patients with TINU will have elevated beta-2 microglobulin levels in their urine and serum. This should prompt referral to a nephrologist for consideration of a renal biopsy, the definitive method to diagnose TINU. Characteristic histologic findings include tubulointerstitial necrosis and/or fibrosis with preserved glomeruli, interstitial edema, and cellular infiltration of predominantly CD4-positive lymphocytes [4].

Ophthalmologists can manage the intraocular inflammation with topical corticosteroids (i.e., 1% prednisolone acetate) and long-acting cycloplegics (e.g., cyclopentolate, atropine); however, severe cases may necessitate the use of oral prednisone [2]. From a prognostic standpoint, patients tend to recover close to baseline visual acuity with treatment, which is typically less than one year in duration. The uveitic component of TINU can recur in up to 40% of patients, so periodic ophthalmologic monitoring is recommended; the nephritic component spontaneously resolves in most cases with a rare recurrence risk [6].